I received an email the other day from a young man who has created six different products in four different niches – and sold a total of 37 copies. Not 37 copies of each – 37 copies all together. One of his products didn’t sell a single copy. 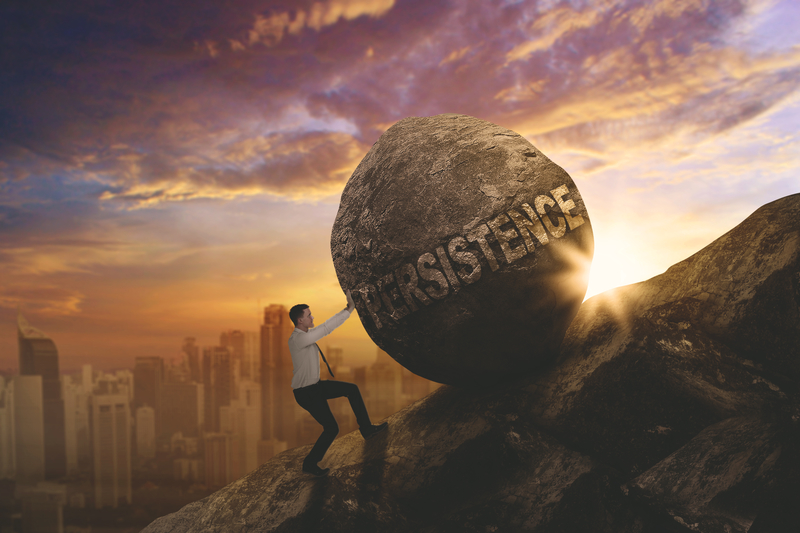 Should he quit? Most people would say he’s obviously in the wrong line of work and should do something else. I say that’s incorrect, and here’s why:

Anyone with the perseverance to continue creating products even though he’s not making sales is going to eventually be successful. Obviously he’s not afraid of failure – if he were, he would have stopped after the first product. And he’s got the drive and determination to keep going, even when everyone around him tells him to quit. Heck, even his sales are telling him to quit, yet when he emailed me he said he was working on his seventh product, and by the sound of it I think he’s got a winner this time.

There was another fellow by the name of Eddie who wanted to be a jockey something fierce. When he was 15 years old he traveled to Kentucky and went to work at galloping horses for $15 a week. But his boss told him that he was not good enough to ever be a jockey, so Eddie hid his tears, told his boss goodbye, and headed to California.

There he found a job with horse trainer Clarence Davison, who let Eddie ride in a race. Result? Eddie lost. He lost his next race, too. And his next.

In fact Eddie kept racing and losing for eight straight months, and after every race Clarence would sit down with Eddie and go over every mistake. Eddie kept persevering until two hundred and fifty losses later, he quit. That is, Eddie quit losing. A month before his sixteenth birthday, Eddie won his first race.

He steadily improved under Clarence’s guidance, but then two years later he cracked his skull, fractured two ribs and punctured his lung after falling off a horse in Chicago. Time to quit, right?

Not Eddie. Four years later he captured his first Kentucky Derby win. Then ten years after he was told he would never be good enough to become a jockey, he captured the U.S. Triple Crown. He went on to become the only jockey to win the U.S. Triple Crown more than once, and during his racing career he rode in 24,092 races, won 4,779 victories and placed in the top three 11,888 times. Not bad for someone “not good enough.”

Eddie Arcaco was known as the “Master” by his peers. Is it any wonder? Yet he could very easily have quit anytime during those first 250 losses and we never would have heard of him.

You have to remember that about 70 percent of the horses running don’t want to win. Horses are like people. Everybody doesn’t have the aggressiveness or ambition to knock himself out to become a success. – Eddie Arcaca

Do you have the ambition and perseverance to be a success? I think you do.

The post Will You Do What it Takes to Succeed? appeared first on .